Wackenhut Pakistan was incorporated in December 1992 as a “Private Limited Company”. Its core business is to provide “Cash-in-Transit” and “ATM Replenishment” Service.

Wackenhut has been operating in the country for over two decades and is known for its high quality service, which is available in about sixty cities & towns countrywide. This extensive network is being controlled from about forty offices under three Regional offices at Karachi, Lahore and Islamabad.

To be recognized as one of the leading security company in the world, providing multi-dimensional integrated security services through development of common operating goals, shared awareness, effective prevention and synchronized response and setting of a high premium on human rights and welfare

Role
The major role of Wackenhut is:

To ensure, as best as possible, efficient and satisfactory security services to all our clients.
To raise a professional, effective and efficient security force, supported by computers and most modern state-of-the-art security and surveillance equipment, capable of safeguarding the person and properties of our clients.
To generate among our personnel a sense of pride in their work and a feeling of belonging and participation in the company and its growth.
To indirectly improve the law and order situation..

Ikram Sehgal is the Chairman of Pathfinder Group. He is a Pakistani defence analyst and security expert. He is a retired Pakistan Army officer.

Ikram Sehgal completed Senior Cambridge and FSc from Lawrence College, Ghoragali. He attended Murari Chand (MC) College, Sylhet and Notre Dame College, Dhaka before graduating from Pakistan Military Academy (PMA), Kakul. Commissioned into 2E Bengal (Junior Tigers) in Oct 1965, the infantry unit his father raised in 1949, he served in Army Aviation (fixed wing and Helicopter Pilot) from 1968 to 1971. Taken PW in April 1971, in then East Pakistan, he was the first Pakistani PW to escape from India in July 1971. Joining 44 Punjab (now 4 Sindh) in Nov 1971, he was given battlefield promotion to the rank of Major on Dec 13, 1971, leaving the Army on Jan 24, 1974. He worked as a commercial pilot before starting his own business in 1977.

He set up a business in 1977, specializing in trading and counter trade. He is currently Chairman, Pathfinder Group Pakistan, which includes two of the country’s largest private security companies. Sehgal is also involved in national and international organizations. He is a Member of the World Economic Forum (WEF); International Organization for Migration (IOM); Director, East West Institute (EWI), a US-based think-tank; and Member, WEF Global Agenda Council (GAC) for counter-terrorism. A regular columnist in the print media since 1987, he graduated to his own TV Talk Show. He appears regularly on current affairs programs on television as a ‘defense and security analyst’. 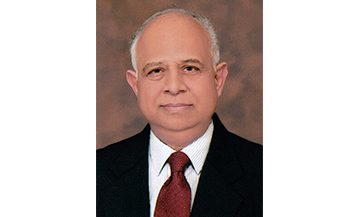 Mr. Zarrar Sehgal is Co Chairman of Pathfinder Group. Zarrar has expertise in financings involving aircraft and has worked on several of the most significant securitizations and financings in the market, including many transactions that have been awarded ‘Deal of the Year’ awards from industry publications. Zarrar Sehgal, head of the Banking and Finance practice area at Clifford Chance, has joined the American Pakistan Foundation board of directors.

He is a partner in Clifford Chance’s US Finance and Restructuring Group, and Asset Finance Practice Co-Head. Sehgal is also the Clifford Chance’s Transport & Logistics sector group Global Head. He has extensive experience representing underwriters, lenders, lessors, and governmental agencies in a wide variety of asset and structured finance transactions.

Sehgal has served on the Board of The Citizens Foundation-USA (TCF-USA), which is a USA based non-profit that has been supporting the education of underprivileged children since 2008. He has served as TCF-USA President since 2010.  Sehgal was also selected as a Young Global Leader by the World Economic Forum. He hosts the annual Pakistan breakfast at the World Economic Forum in Davos.

He received his under graduate degree from Boston University, a JD from Georgetown University Law Center, and is a member of the bar in the State of New York. 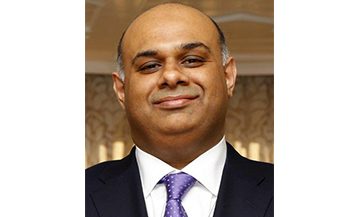 Major General (retd) Syed Shakeel Hussain is a graduate from Pakistan Military Academy (PMA) and he has completed BBA and IBA from Karachi and got master degree from National Defence University and also graduate from United States (US) Army War College Carlisle Pennsylvania.

He took over the responsibility of rescue activities in the Khyber Pakhtunkhwa (KP) during the flood of 2005 and he was awarded with Sitara-e-Isar in recognition of his services.He retired from army service in 2012 after serving as DG Anti-Narcotics Force (ANF) Pakistan for three years and joined Pathfinder Group in 2013.

He was appointed as Pakistani High Commissioner in Sri Lanka in May 2015 for two years and on return he again joined Pathfinder Group in 2017. Major General (retd) Syed Shakeel Hussain has been appointed as Chief Executive Officer in the premier cash and transit company Wackenhut Pakistan Private (Pvt) Limited from July 1, 2018. 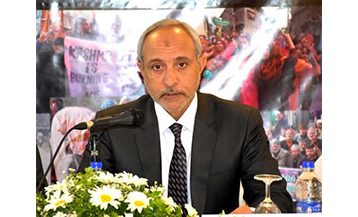 He graduated from Pakistan Military Academy and during his military service in Armoured Corps, he has been exposed to organizing and planning major military moves, taking care of the administration, supply chain and logistics at a large scale.

After Military service he undertook professional trainings on Cash management, ATM outsourcing/monitoring/E2E solution and have worked for global companies in Dubai. 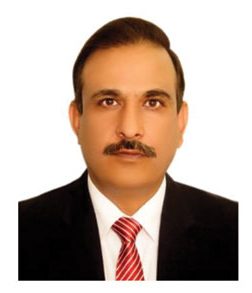